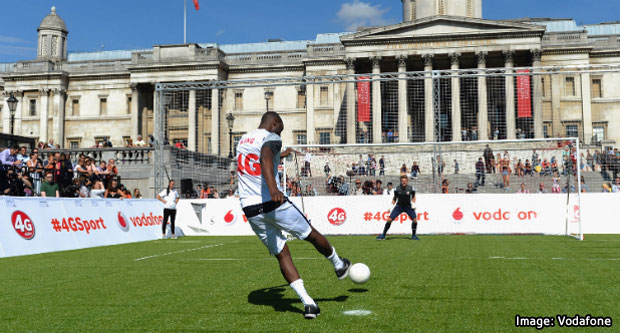 Last week, Vodafone launched their fourth generation phone network in London. Their 4G service, offering download speeds up to six times faster than 3G, will now roll out to around 98% of the UK over the next couple of years.

To help mark this very special occasion, Vodafone put in a call to sportsequip.co.uk requesting a senior football goal with a net in Vodafone’s colours (red and white) be delivered to central London at short notice. As a predominately internet based sports equipment supplier, we were only too happy to oblige… 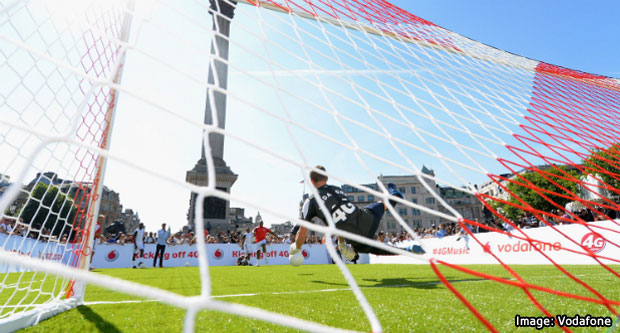 Whilst the crowds (and Nelson) looked on whilst bathed in glorious sunshine, it was ultimately the former Gunners teammates who came out on top by recording the fastest average shots by the speed gun.

Vodafone’s 4G rollout celebration was undoubtedly a total success and everyone here at sportsequip.co.uk is delighted to have played a role in helping the event get up to maximum speed.

You can find out more about Vodafone’s 4G football event on their blog.

sportsequip.co.uk help Vodafone kick off their next gen roll-out was last modified: September 6th, 2013 by robert